“You are intelligent, confident, a dream chaser, determined, loving, kind-hearted, devoted, independent. A daughter, a sister, a noble friend, a learner and forever a shoulder to everyone that desires it to lean on.”

If your absence doesn’t affect him, then your presence never mattered to him.  If you’ve been going days without hearing from him, then he can go days without talking  or thinking of you. If you haven’t seen him for awhile, then he’s doing just fine while not seeing you or he’s dating some other girls near to him. If you haven’t been asked to hang out with him, then he doesn’t really mind not spending time with you or he’s just wanting to play games with you. If you’ve told him you missed him a week ago and you still miss him now, then he doesn’t miss you enough to go and do something about it.

If you’re talking to him and it bothers you that he eventually stops replying to you, then he’s not considering how you feel when he’s posting things on social media after ignoring your message knowing you’d see it. If you’re actually with him and he’s paying more attention to everything else around him besides you, then his mind would rather be focused on anything else but you. If you’re expressing your feelings to him and he’s just talking to you casually, then the feelings that he has aren’t actually towards you. If you’re telling him you love him and he doesn’t show you the same love, then he simply doesn’t love you and you should realize that he isn’t worth it.

Stop wasting your time on him.

When you stop showing effort to a girl, that’s when she’ll start to think that you’re not choosing her anymore, that’s when she’ll be convinced that your heart’s not in it anymore, and that’s when she’ll believe that you aren’t falling in love with her every day anymore because effort is everything to a girl. Whether you’ve been with her for 2 months or 2 years, effort is something that she’s always going to expect to see because it’s the kind of reassurance she needs for her to continue making an effort of her own because she can’t be only one trying, she can’t be the only one wanting to make it work, and she can’t be the only one giving it her all. As a man, you should always be chasing her and making her feel like she’s everything to you and no, that doesn’t mean you always have to make some grand gesture to show her that you care, but it’s the little things that win her over. Without effort, it just makes her feel like you’re bored with her, she’s no longer making you happy, and she’s just not good enough for you and a girl can only feel that way for so long until she feels like you’re not worth the effort anymore. Maybe it’s because she would make such an effort to be with you and she would like to believe that you’d do the same for her, but if you really did care about her, making an effort should be something that’s natural and it shouldn’t be difficult so if it is, then don’t be surprised if that’s how you’re going to lose her and once you do, it would take even more of an effort to get her back. 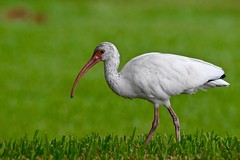