Bonjour Everyone! Hi I’m Jonin Marie A. Gargoles. Probably it’s time for me to talk about my real life story how I started being a Travel blogger. Today is my 1st Anniversary being a Travel Blogger (April 25,2016)

Once upon a time in the most beautiful and glamorous land there’s a princess called “Bep-Bep”. She was born to be cheerful, optimistic, glamorous, excellent & fantastic. She lived in a beautiful castle with her family in Victorias City. The name of the King is “Beltran Gargoles”, the Queen is “Ninfa Gargoles” and her eldest sister princess “Jenefa Mae Amor Gargoles”

Let’s talk about the childhood years of the princess. At the young aged of seven she started to write fictional novels in her royalty notebook. She never thought that she had a hidden talent in writing. For her at the young age when she got bored in the castle she’ll just write and write whatever pops out in her mind. It suddenly reminds her naive grammar when she was young. She laughed whenever she saw her old childish poetries & novels. During her elementary years she never goes out from her shell as a princess.  She’s like a cute little tiny turtle loved to hide inside her shell. She can’t go out from her comfort zone.  She’s actually a quiet kid and very shy to showcase her beautiful talents to others.
The king and queen decided to enroll her in a different summer classes yearly like “Ballet, Gymnastics, Jazz, Hawaiian Dance, Art Workshop, Guitar & Piano lesson.  Through that she learned to develop her self esteem as a princess. Dancing was her first passion during her elementary years. She was an active member of “Gymnastics Club” in her school.

As the princes grew up she loved to travel different places around the world. The King & Queen were very supportive in her different wanderlust experiences. At the young aged of 9 years old, she was already a traveler she loved to explore and discover new places. When she was in Grade 3 she’s a Math Wizard Kid competing different Mathematics Contest like (Mathematics Trainers Guild Nationals) for National Level to represent her school (St. Mary Mazzarello School). She had witness the beautiful scenery of Tagaytay City with her innocent eyes. She traveled different beautiful places around Philippines by joining different contest. She went to Iloilo City, Subic City, Cebu City, Manila City & many more. She really loved Math because it gives her a great opportunity to travel different places. She’s been actively joining several contests to represent her school like in “Australian Mathematics Contest, Suduko Contest, Mathematics Olympiad, Mathematics Trainers Guild National, Regional Mathematics Contest, MTAP and many more.” She also represent her own country for the “World Youth Day 2011” in Madrid , Spain during her High School years. When she was in High School she already travel three different countries like Thailand, Spain and Portugal. College years she also traveled two different countries like “Singapore and Malaysia”.

Now let’s talk about the Sparkling High School years of the princess. When she reached High School Years she had received a lot of great blessings in her life. She’s very active in different extracurricular activities in her school & She’s also excelling in her Academic field.

(FRESHMEN – HIGH SCHOOL)
When she was a freshman student she decided to join their School Publication (Momentum). At first the princess is quite shy to show her talent being a word warrior. She used to write and draw at the back pages of her royalty notebook. She inspired many students through her poetic writings.

(SOPHOMORE – HIGH SCHOOL)
When she was a sophomore student she enhanced her skills in Chess. She’s known as the Chessmaster in her school. She received a four consecutive Golden Medals in Chess Tournament during her freshmen year until senior year. She was the Chess Master Representative of her school in competing with the other schools. She’s an active tennis player. One of her favorite sports is playing tennis with her whole family.

Junior Years she dedicated herself in Swimming Contest. She was hosting different school events. She was an active Student Government (SLTC) in her school since first year until fourth year. She’s a Math Wizard competing for regional, national and international like Australian Mathematics Contest, Math Olympiad, Suduko Contest, Mathematics Trainers Guild National and MTAP.

Senior Years of the princess was such a tough time for her. She received a lot of big challenges in her life but despite of trials she’d conquered it with faith in God.  She was the President of “Mass Media Club” and the “Editor in Chief” of their School Publication (Momentum). She received a lot of blessings in her life. She was awarded as one the “Outstanding Student 2012 – Junior Chamber International”. She was given an opportunity to travel abroad in Madrid, Spain to represent her country for “World Youth Day 2011”. She traveled to Thailand, Spain and Portugal. She graduated with flying colors. She received 7 prestigious awards “Academic Awardee, Diligence Awardee, Journalism Awardee, Mathematics Trainers Guild National Qualifier, Constant in Attendance & Loyalty Awardee.” The Royal Family was very proud to the princess’s achievements.

Where art thou the prince of our princess?

The romantic love story of our princess was such a very complicated & twisted faith of life. The princess had her own priorities in life to pursue her dreams without any distractions. That’s why until now she doesn’t have a boyfriend. Our beautiful princess could proudly say that she’s (NBSB) – “No Boyfriend Since Birth”. Probably, you were asking if there were aspiring prince charming captured her heart. Well, let’s go back to her High School Years; the princess was invited to a prom date from an exclusive boy school. Our princess came from all girls’ school. She attended three prom dates since she was 2nd year until 4th year. The sweet princess was too naive to decide because she was preoccupied with her academic and extracurricular activity that’s why she always says NO to a Relationship. She knows her own priorities in life. She told herself “True Love waits”.
(COLLEGE YEARS)
Now let’s explore the royalty life journey of our princess during her College years.

Freshman Year of the princess was a new beginning, new opportunities, new challenges, new life & new adventures. She’s taking up Bachelor of Science in Tourism Management.  She was crowned as Ms. Freshmen 2012 & Ms. Tourism & HM 2012 with special awards of “Ms. Congeniality, Ms. Photogenic, Best in long gown, Best in Festival Attire, and Best in Production Number”. She was also elected as the Mayor of her class. She also represents her school in Baguio City for a Leadership Training. She was a dance leader in their Unity Dance. She was given a prestigious award “The Most Promising Student”. She’s also an active campus journalist as a “Feature Writer”. She received two medals (First Honor) being an Academic Achiever for first semester and second semester. She’s a full scholar student of the school because she’s the top in her class.

(SOPHOMORE – COLLEGE)
Sophomore year of the princess was such an amazing year for her. She was elected as the one of the Student Government in her school. She also represents her school for a leadership training in Cebu City. She’s the “Literary Editor” of their School Publication (Eagle Publication). The magical life of the princess was amazing when her glamorous Debut Party came along to her life. She celebrated her fabulous 18th birthday party in L’Fisher Hotel. She’s also one of the Agustinian Model Student. She received two medals (First Honor) being an Academic Achiever for first semester and second semester. She’s a full scholar student of the school because she’s the top in her class.

(JUNIOR – COLLEGE)
Junior year of the princess was very a challenging year for her. She was the President of Travel Socitey, the Event Chairman of National Prestigious Event of the school for Colegio San Agustin – Bacolod Gawad Turismo Awards, and she’s also the News Editor of Eagle Publication. The princess was so busy and she has to manage her time wisely. Hectic schedules never hinder her priorities and dreams in life. Indeed all the events she was handling were successful. She was also awards for being the outstanding leader. She received two medals (First Honor) being an Academic Achiever for first semester and second semester. She’s a full scholar student of the school because she’s the top in her class.

Senior Year of our princess is such a very fruitful and awesome year for her. She was so fortunate to have her On Job Training in five star hotel at Shangrila’s Mactan Resort and Spa. A lot of prestigious awards were also given to her for being an excellent and outstanding student of her school. The following awards were:

The royalty family was very blessed and proud for all the achievements she had received in life throughout those years. And now it’s time for our princess to face the reality of life. New adventure and Great Opportunities will now showered to our princess. Let’s witness the next chapter of our princess as she will encounter a lot of full surprises in life.

Thank you so much for reading my autobiography. Once again this is your Princess Jonin Marie A. Gargoles celebrating my 1st Anniversary being a Travel Blogger. Thank you & God bless everyone.

18 thoughts on ““Real Life of a Travel Blogger” by Jonin Marie A. Gargoles” 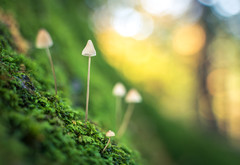 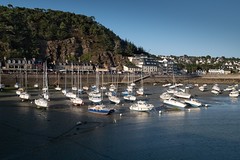 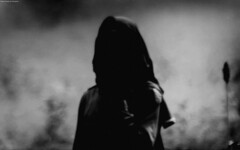 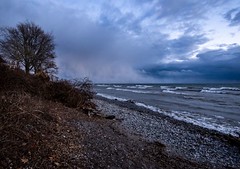 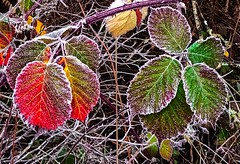 We had a total blast this morning at the @dubaifitnesschallenge 2021. Family & Friends were gathered to enjoy the Fun Run. We are so grateful for this amazing experience 😍❤️Kudos for Dubai Run Team #DubaiRun #dubaifitness #dubaifitnesschallenge #dubairun2021 #dubaifitnesschallenge2021#dubai #funrun
I am now happy and free from this heartbreak
We disappeared into old bookshops down hidden cobbled streets the kind you had to get lost to find each puddle jump taking us further from the world we’d left behind.
One day I'll paint the perfect sunset - if I can only find the words. 🌇❤️
Vibes of another decade, a retro poem of passion, a little life into the stillness of the gigantic passage of time. Vibes of another life, as if decades can pause a childhood heart.
"Crumpled Heart" by Jonin Marie Gargoles
"Emotionally Drained" by Jonin Marie Gargoles
Mental health can be hard sometimes
Life is like a roller coaster